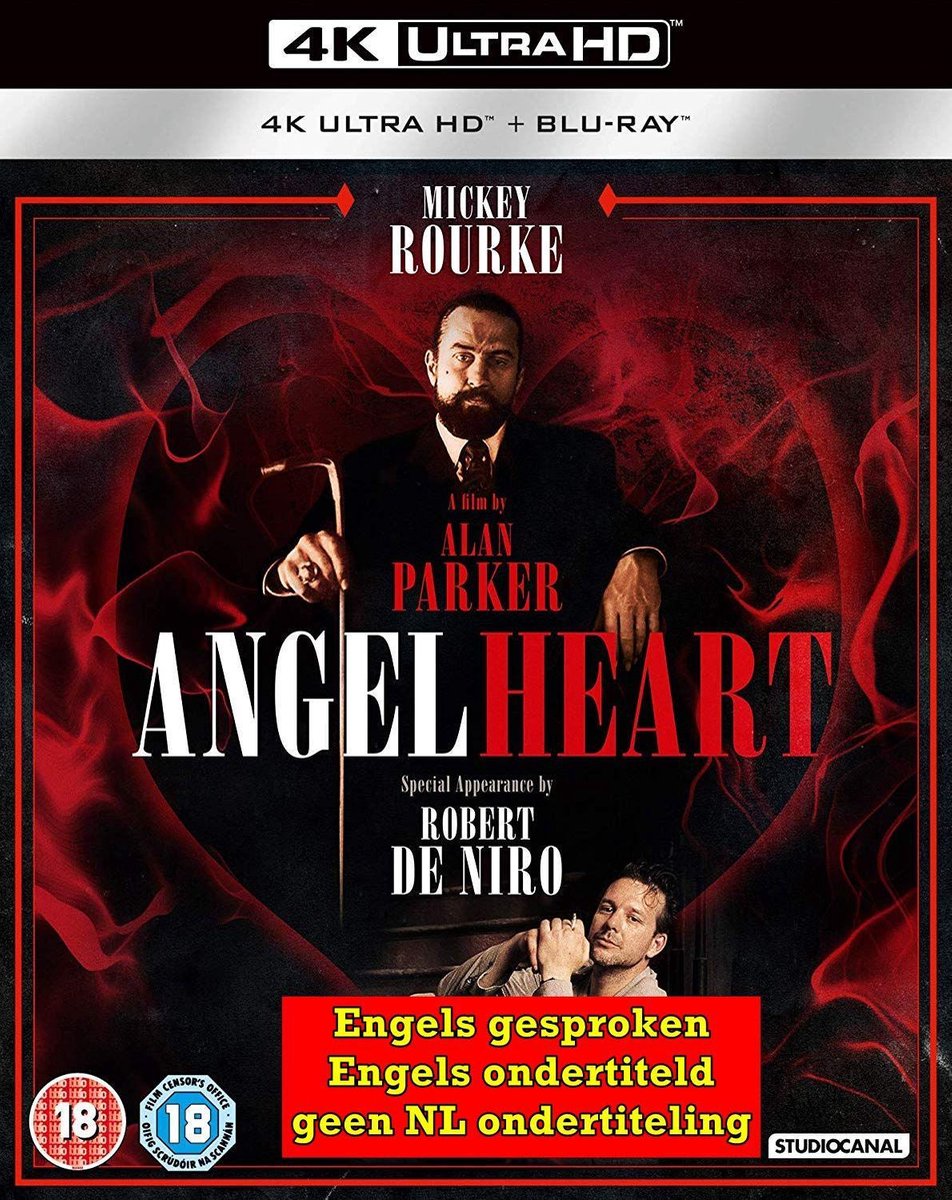 New York, 1955, Private Detective Harry Angel has a new case on his hands. Washed up crooner Johnny Favorite has gone missing. Anybody that might be holding clues is being killed. Informants and witnesses are being murdered one by one. The bodies are piling up, time is running out and Harry Angel is being kept awake at night by strange satanic visions. From the mean streets of New York to the backwoods of New Orleans, Harry suddenly finds himself being dragged into a world of sex, murder, voodoo and death. This is no ordinary case, and Harry is no ordinary detective. Directed by Alan Parker (Midnight Express, Mississippi Burning) and starring Mickey Rourke (Sin City, The Wrestler), Robert De Niro (Taxi Driver, Heat), Lisa Bonet (High Fidelity) and Charlotte Rampling (Red Sparrow), Angel Heart is a deeply disturbing film with an incredibly unsettling atmosphere. A prime example of late eighties neo-noir, it successfully manages to blend elements of detective fiction with dark horror.