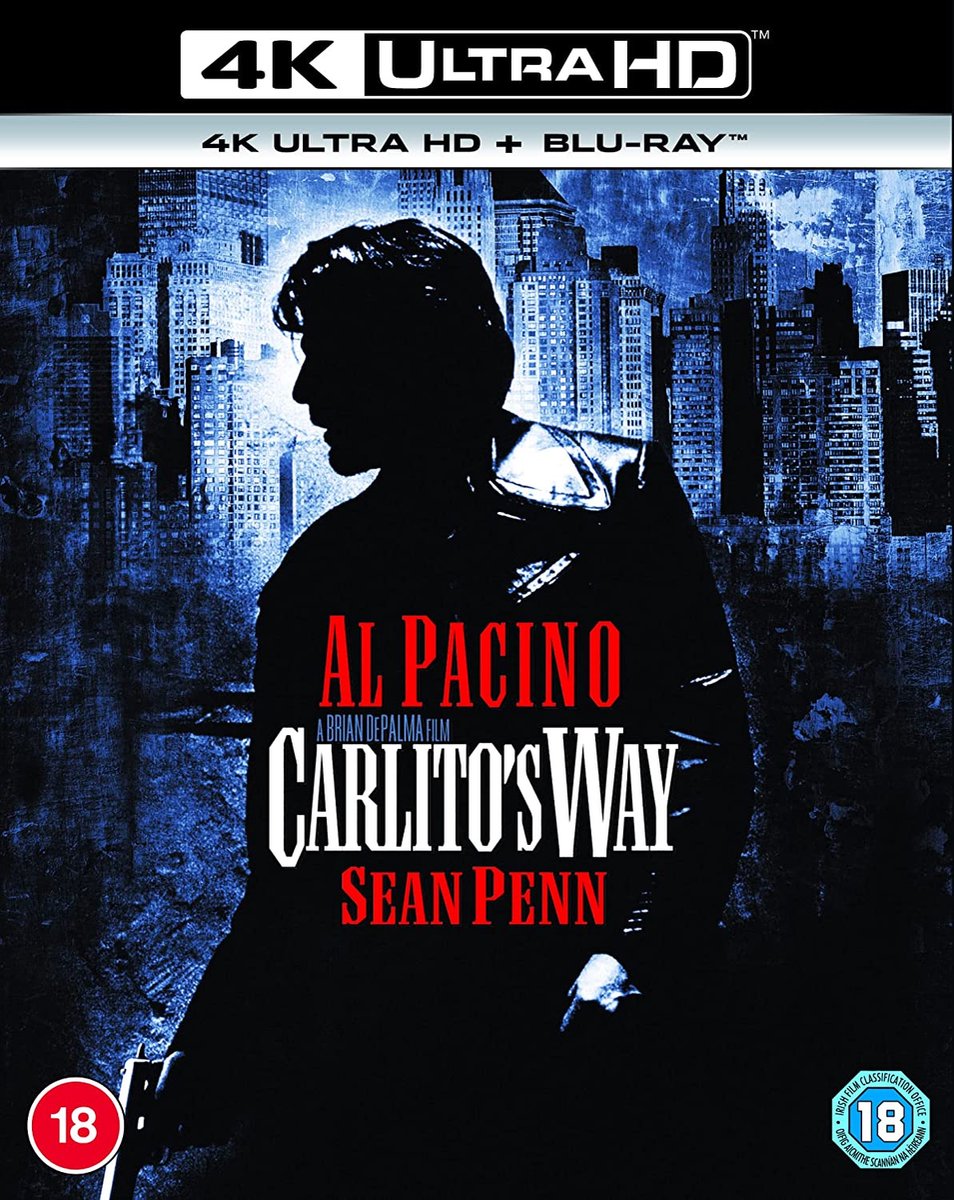 Brian De Palma directs this classic crime thriller starring Al Pacino as Puerto Rican drugs boss Carlito. In 1970s New York, Carlito is determined to go straight and retire to the Bahamas with his girlfriend, Gail (Penelope Ann Miller) after he is released from prison. Instead, he is tempted to return to his criminal past by his lawyer, sleazy cocaine addict David Kleinfeld (Sean Penn), for one last job.