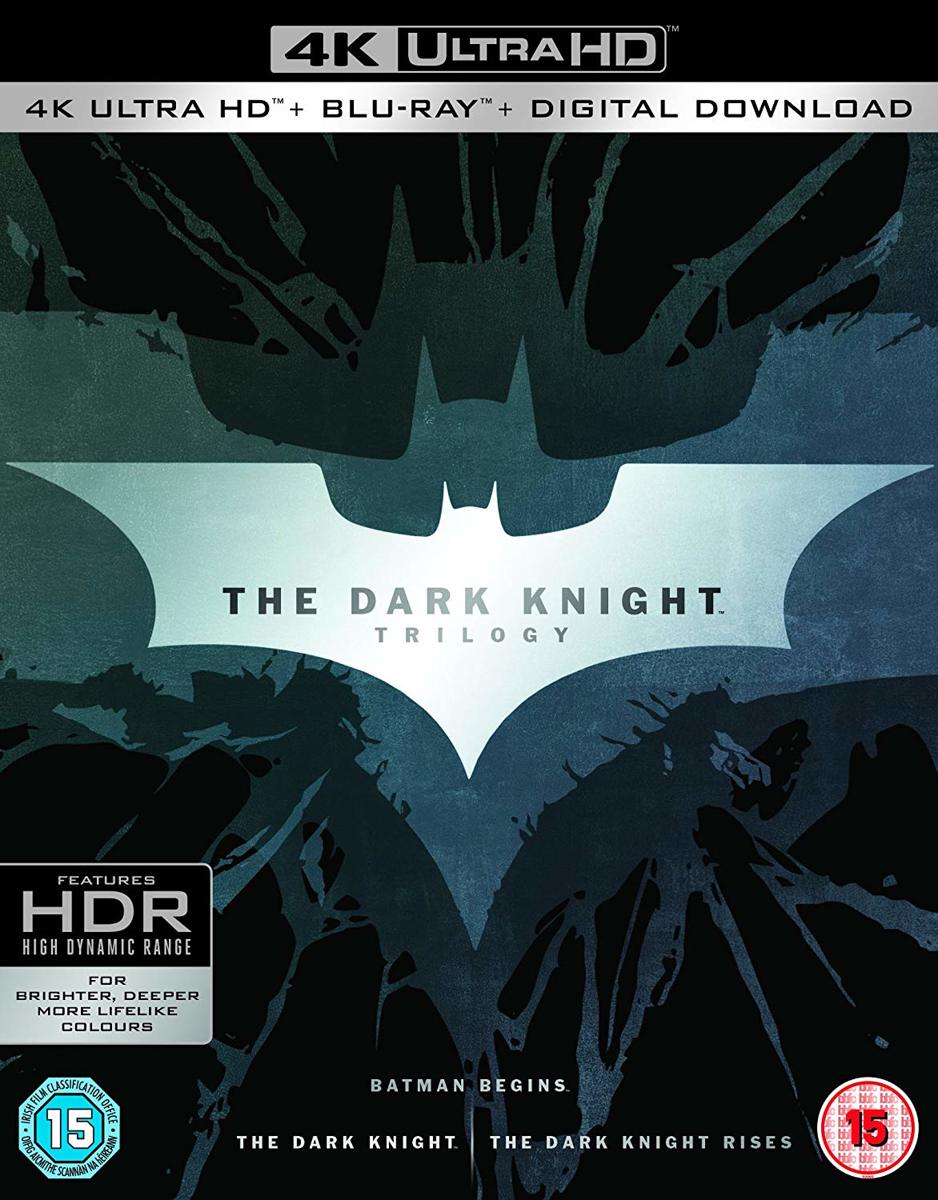 Christopher Nolan's award-winning "The Dark Knight Trilogy" includes BATMAN BEGINS, THE DARK KNIGHT and THE DARK KNIGHT RISES. BATMAN BEGINS explores the origins of the Batman legend and the Dark Knight's emergence as a force for good. In THE DARK KNIGHT, Batman sets out to dismantle the remaining criminal organizations that plague Gotham. However, he soon finds himself prey to a reign of chaos unleashed by a rising criminal mastermind known as The Joker. In THE DARK KNIGHT RISES, Batman has vanished into the night, turning from hero to fugitive after assuming the blame for the death of D.A. Harvey Dent. However, with the emergence of Bane, a masked terrorist whose has devised a ruthless plan for Gotham, Bruce is forced out of his self-imposed exile. But even if he dons the cape and cowl again, Batman may be no match for Bane.