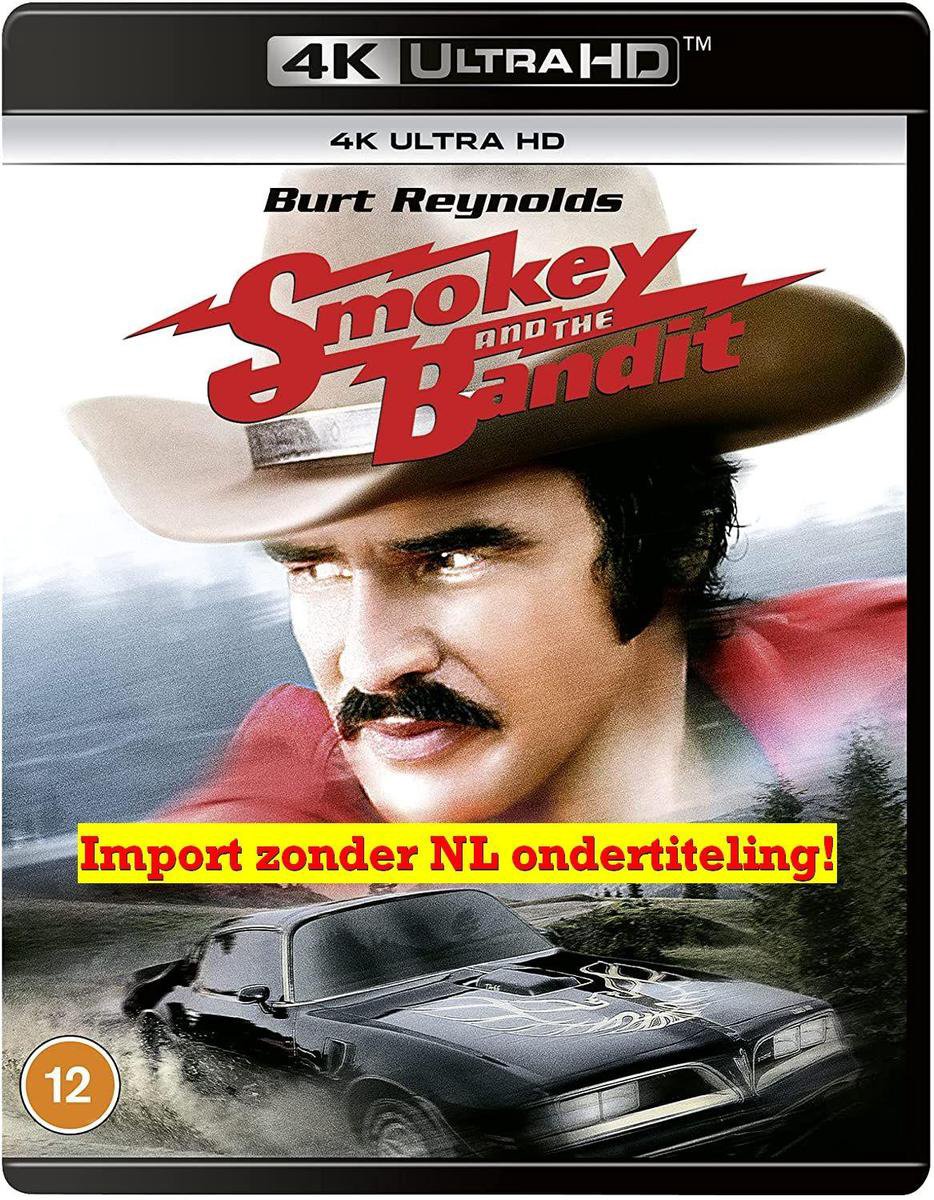 Starring Burt Reynolds, Jackie Gleason, Sally Field and Jerry Reed, Smokey and the Bandit delivers outrageous laughs in one of the biggest box-office hits of all time. Bandit (Reynolds), a fun-loving, fast-talking trucker, takes on his craziest haul yet - delivering 400 cases of beer from Texarkana to Atlanta in just 28 hours. With Sheriff Buford T. Justice (Gleason) hot on his trail and eager to teach him some respect for the law, the Bandit joins forces with good ol’ boy, Cledus (Reed) and runaway bride Carrie (Field). Gear up for huge laughs, pedal-to-the-metal action, and some of the wildest car crashes ever filmed! Bonus features: • Loaded Up and Truckin’: Making Smokey And The Bandit • Snowman, What’s Your 20?: The Smokey And The Bandit CB Tutorial • 100 Years of Universal: The ’70s • 100 Years of Universal: The Lot • Theatrical Trailer